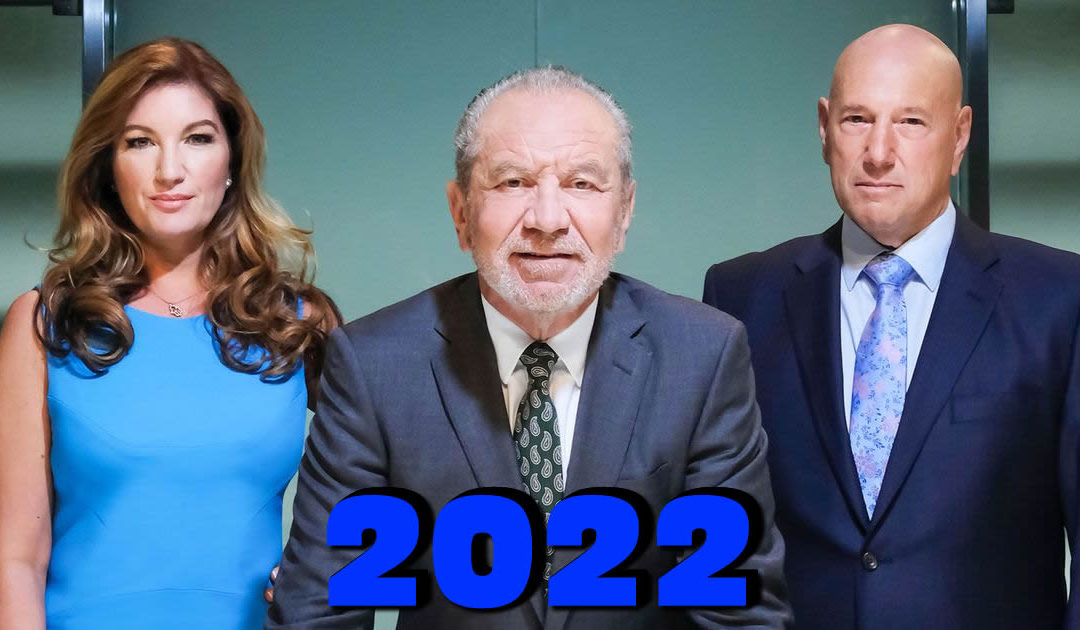 One of my favourite TV shows starts this evening (6th January 2022) – The Apprentice with Lord Alan Sugar.

A reality ‘business’ game show that has been on-air since Feb 2005.

The programme focuses on a group of young(ish) business people competing in a series of business-related challenges set by Lord Sugar, the final winner being awarded a partnership with Lord Sugar and £250,000 to invest in the business.

Observing the candidates as they complete each weekly task, are two business associates who act as observers and who report back to Lord Sugar. – these roles are currently performed by Karren Brady and Claude Littner.

For the first few series, the observers were Margret Mountford and Nick Hewer. Both worked closely with Alan Sugar at Amstrad, Mountford as a very shrewd lawyer, and Hewer was the companies long serving PR consultant.

However, for this series Claude Littner has been replace with Tim Campbell, the winner of Series One.

Unfortunately, the ever-likable Claude Littner, has been involved in a pretty horrific cycling accident that nearly cost him a leg!

Claude, 72, who replaced Nick Hewer on the hit BBC show in 2015, had an accident while riding an electric bike in London back in April, with his right leg was injured so badly that doctors considered amputating, before managing to save it.

So far he has had 9 operations with a final one scheduled for the end of the month (January).

He said: “I was just pottering along, I must have been doing no more than 10 kilometres an hour on this sort of two-track road. The next thing I knew, I was on the left-hand side of the street, my bike was in the middle of the road and I didn’t know what happened.”

“I suspect I hit a pothole or something like that, but I must have blanked out at the moment of impact, because the next thing I knew, I was lying on the ground.”

Mr Littner said he thought he would “just get up” and retrieve his bike but quickly realised he was seriously injured as a bone was sticking out of his leg.

He was rushed to the trauma unit at St Mary’s Hospital in an ambulance and he recalled waking up to “some surgeons looking at me and talking but I didn’t really know what they were saying”.

Having been on The Apprentice since 2015, and known for his tough interviews with candidates on the series, fans will definitely miss him.

However, Mr Littner was determined to tell fans he would be back with the words: “There’s no ifs and buts about it.”

We wish Claude a speedy recovery and hope to see him back on our screens before too long.