The Etape Mercia will offer riders a breath-taking 69mile route through the West Cheshire countryside on completely closed roads.

Without too many challenging hills to overcome, the Etape Mercia is an entry level event which poses a fantastic challenge for newcomers to cycling, as well as seasoned cyclists and triathletes keen to lead from the front and put their mid-season fitness to the test. 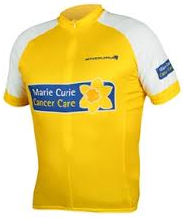 Entries for the Etape Mercia opened on the 29th Jan 2013. I booked a ‘free’ place, with the intention of riding on behalf of and raising funds for Marie Curie Cancer Care.

Over the previous few years, I had lost my father, my sister and my mother-in-law all to cancer, and in 2012 lost one of my oldest friends to cancer, who had been greatly helped with the nurses from Marie Curie.

I organised a Fund Raising Page at Virgin Money Giving and set my target to £650.00 (as I was 65 in July 2013). And decided that I would keep sponsors informed by adding a monthly update.

I also did a few Public Relations events for Marie Curie and managed to get my picture in the paper!

My report of the day, comes out like this:

At 4:20am on Sunday 18th August I went for a shower to prepare for the Etape Mercia. With a start time of 7:04am, I needed to be at the Oulton Park race track by 6:15am

Driving along the deserted roads, the sky started to lighten and blue skies appear amongst the clouds. The weather forecast was for a mixed day of sunshine and clouds, but with a strong wind.

Approaching Oulton Park, there was a steady stream of cars and vans converging on the East Gate. Many of the cars had 2 or 3 bikes attached to them.

Parking in one of the many outer car parks, the riders were all starting to get ready. Pulling on all manner of assorted kit… from full replica pro kit to local cycling clubs.

Chatting to the chap parked next to me – he had driven up from Telford that morning – so riders were coming from far and wide.

Having picked up the timing chip from the registration point at Chester University the day before (Saturday) the bike was already to go.. Just a check on the tyre pressures and warming up in a fleece, I was off to the start area.

Out of the 1,200 who had registered 870 actually turned up to ride. All the riders were grouped into ability, I was with group C – about 100 riders in each group; we were walked down to the race track starting grid.

Using the starting lights – each group were set off at 2 minute intervals. My group got away at 7:18am… straight down the racing circuit. A complete lap of the track and then out on to the roads. The surface of the track was the best we would encounter all day.

“At the start, I was talking with a fellow rider and we decided to ride together. His name was Simon and I want to thank him for helping me get ‘round the second half of the course. It was Simon’s first major event as well, so we helped each other get round. (He was riding a triple – so was slightly bettered geared for the hills.

It was promoted as: Without too many challenging hills to overcome, Etape Mercia is an entry level event.”

With eight very sharp gradients in the second 50kms – it wasn’t for the faint-hearted. I managed seven of the slopes – number six was the one I had to walk up the last part – but so did at least 50% of the riders around me – most of whom were 20 to 30 years younger than I am.

The strange thing was – it wasn’t the worst of the climbs.

One rider even just fell off… luckily onto the soft verge – not the road surface. Apart from his dignity – no harm done. 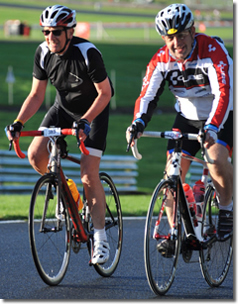 The last 20km – although on fairly even terrain, was ‘hard’. The sky had clouded over, the wind had got up and we had a few sharp showers of rain to contend with.

Riding back into Oulton Park it was a final lap of the race track – this time in the opposite direction. The final straight was difficult into the teeth of a very strong wind and uphill.

But we finished together in good spirits, and enjoyed a great days cycling on closed roads.

The organisation was brilliant, the staff all friendly and helpful and it was great to see the local residents coming out to cheer on the riders.

My new bike – the MEKK Potenza performed flawlessly. Gear changes were smooth and slick, the brakes slowed and stopped me when necessary and best of all… no punctures!

Unfortunately, I wasn’t able to ride in the Marie Curie team strip as my size was not available when I went to pick them up 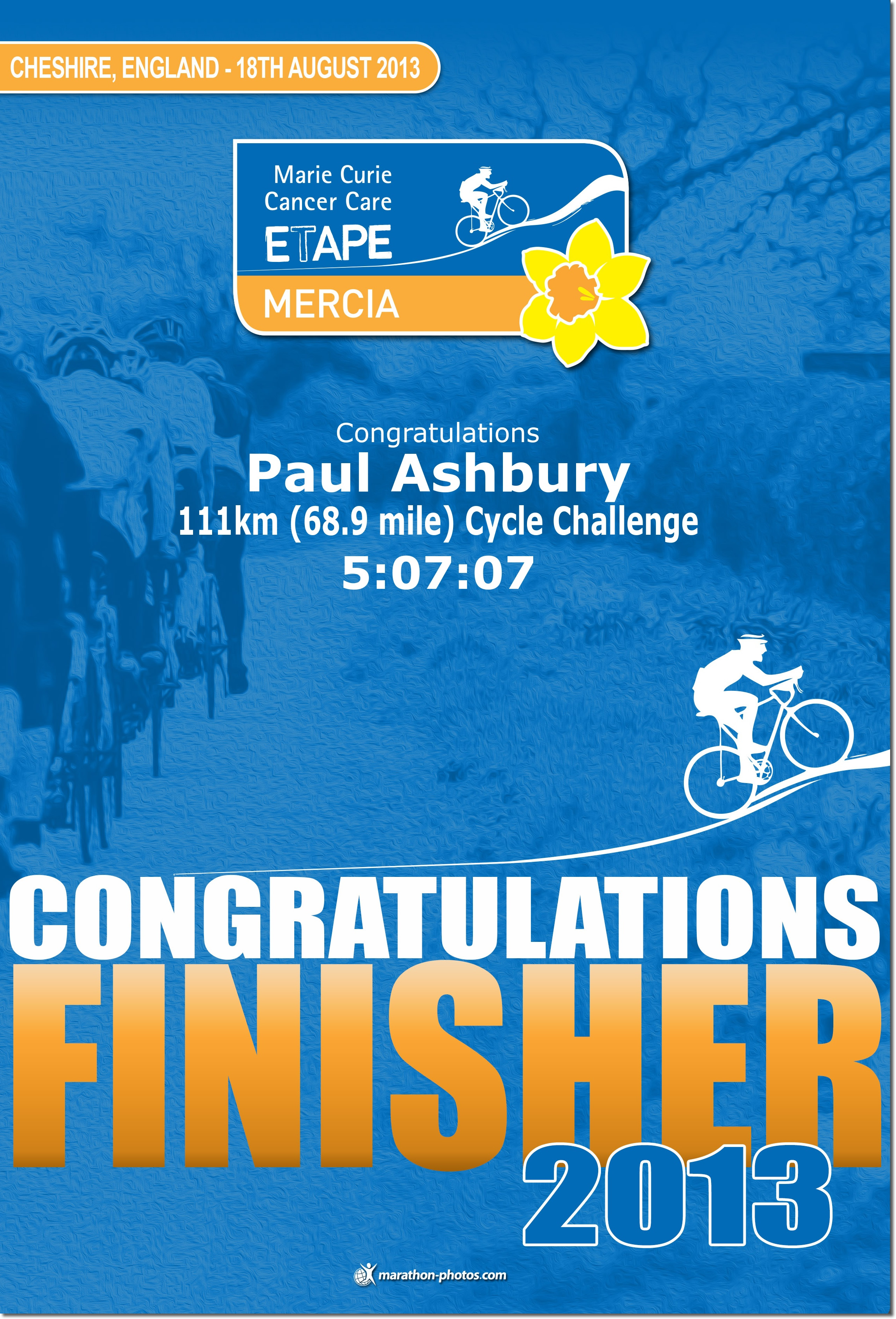