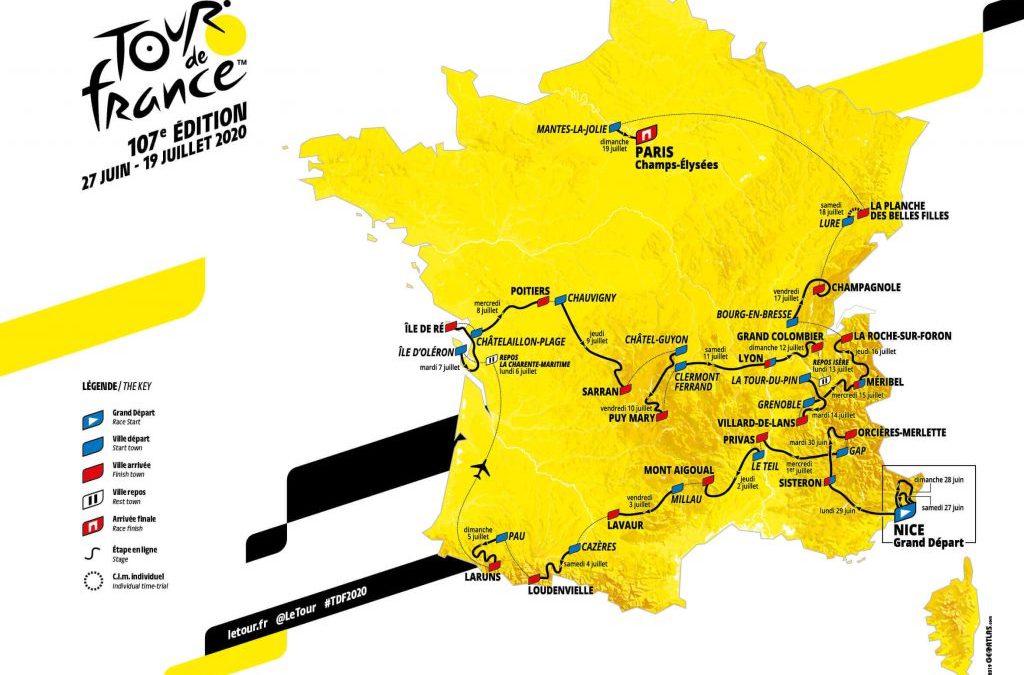 It was the 107th edition of the race.

However, due to the ongoing Covid-19 Pandemic, it was postponed to the 29th August 2021and it finished in Paris on the 20th September.

It was a strange Tour, with all the Social Distancing and Face Masks, and ‘worst’ of all – very few spectators.

There was a feeling that the Tour would have to be cancelled altogether, but as they say, ‘Money Talks’ and so arrangements were made to run the race in September with the Giro d’Italia and the Vuelta a Espana to follow in October.

The Tour consists of 22 Teams, each fielding 8 riders. All 19 UCI World Teams were present plus 3 invited teams from the second-tier UCI Pro Teams.

176 Riders started the Race in Nice and 146 riders made it the finish line on the Champs-Elysees in Paris.

With the Covid-19 Pandemic still raging throughout France, the whole of the TdeF ‘circus’ was quarantined in its own ‘race-bubble’.

Everyone, all 785 personnel from the Riders, to the Mechanics, to the Chefs were tested twice a day, and only a handful of staff from four different teams tested positive during the Tour. However, by Stage 16 every one was ‘negative’ so the tour continued without any further problems.

Prior to Stage 10, Christian Prudhomme, The Tour Director, tested Positive and as he wasn’t in contact with any of the riders or team members the race wasn’t affected. Prudhomme moved into isolation for 10 days.

It is expected that the 108th edition of the Tour de France will start as planned from Copenhagen on the 26th June 2021.