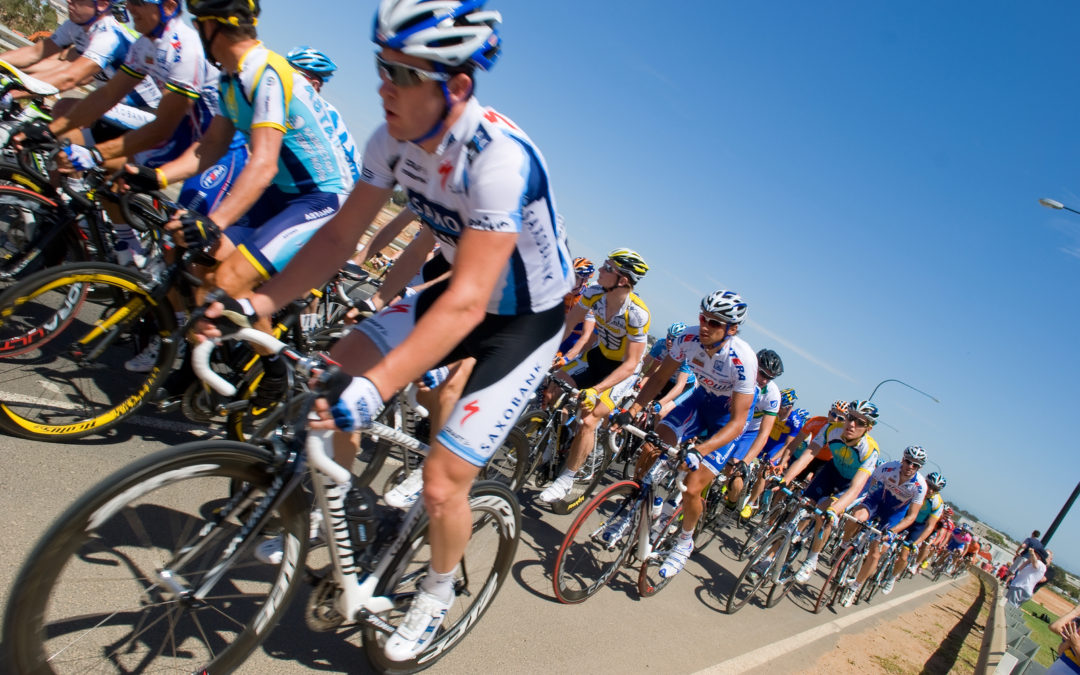 22 teams and 198 riders started out from Porto-Vecchio at the southern end of Corsica to ride the 213km to Bastia in the north of the island.

A day designed for the sprinters, that could have seen Mark Cavendish end the day in the Yellow Jersey.

But sadly it was not to be.

Apart from Chris Froome hitting a metal post, while still in the neutral zone and having to changes bikes, the day was a fairly uneventful one.

The scenery and weather lived up to expectations, with Paul Sherwin (@PaulSherwen) and Phil Liggett (@PhillLigett) waxing lyrical about the fortified watch towers that dot the Corsican coastline.

At the same time as the riders were starting to wind the race up at the 20km to go banner, the Orica-GreenEdge team bus tried to drive under the finishing gantry and got firmly stuck.

As official, police and fire brigade tried to move the bus, the order went out that the finish would now be at the 3km to go banner.

An order that seemingly not all the riders heard or were made aware of.

However, the TdeF fairies managed to back the bus out and the orders were rescinded and the finish would be back at the official finish line.

And then the big crash happened.

The crash came far enough back in the peloton that it affected most of the sprinters.

Tony Martin and Team Sky’s Geraint Thomas have both been taken to hospital for x-rays.

The remaining riders, who were not caught up in the crash battled it out in an exciting sprint finish with Marcel Kittel of Team Argos-Shimano taking the stage win and wearing the first yellow jersey of the 100th Tour de France.

Danny van Poppel is the youngest rider in this year’s race at 19 years old and it is his first Tour de France.

David Millar (Garmin-Sharp) was just off the wheel and finished fourth. All riders were given the same finishing time.