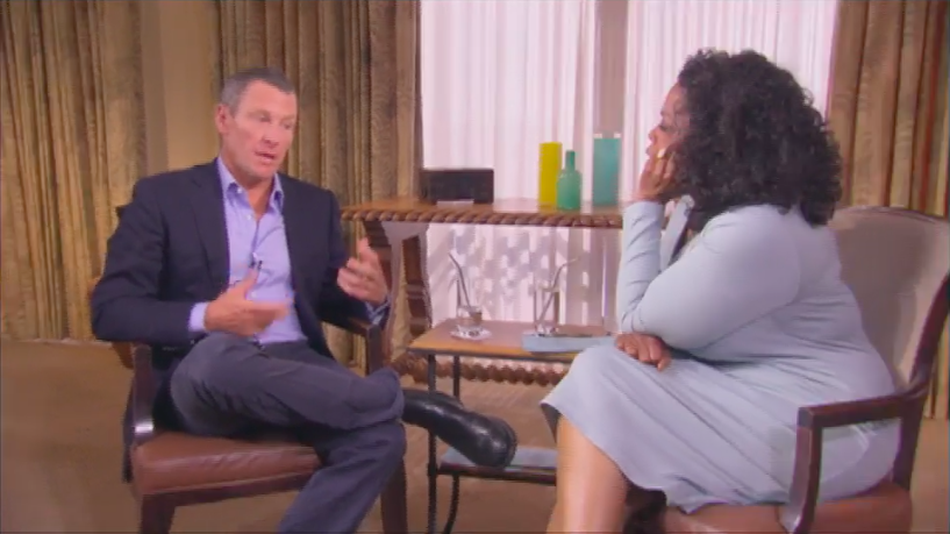 5 years after ‘that’ interview, the Lance Armstrong case is still rumbling on. The law is slowly catching up with Armstrong, but it is very slow.

Exactly 5 years on, Armstrong is asking for his life-time ban (from all competitive sports) to be lifted, and says that it has cost him over $100million USD.

Not that he has paid that amount back in fines or restitution, only that all his long-term sponsors have dropped him and reduced his income.

During the 2013 interview, with Oprah Winfrey, Armstrong confessed to using cortisone, EPO, Human Growth Hormone, Testosterone, and blood doping, and suggested it would have been impossible for him to win the Tour de France clean.

For the previous 15 years he had been vehemently denying any allegations of anti-doping violations and attacking his critics.

Although, he said in the interview that he would, “spend the rest of my life trying to earn back trust and apologise to people” but many people have commentated that his words were largely hollow and he ‘didn’t really mean’ his apologies.

After the interview, Armstrong was being sued by at least 5 different companies for fraud.

A couple were dismissed and he has settled 2, with SCA Promotion (Concerning TdeF bonuses.) and with the Sunday Times for the return of monies he won when he sued the Times.

However, the biggest case by far is the $32.3 million USD, the US Postal Service is claiming for its sponsorship of the cycling team from 2000 to 2004.

Investigation on the Armstrong doping case are still ongoing, with the net being cast ever wider and many more people being dragged into the chaos that is professional bike racing.

These include, Team Directors, Management Companies, and Doctors, with many individuals facing an assortment of charges.

This case with rumble on for many years and the fall out will be felt at all levels in the Pro-Cycling world.

It is hoped that it will ‘do some good’ and clean up the sport once and for all.