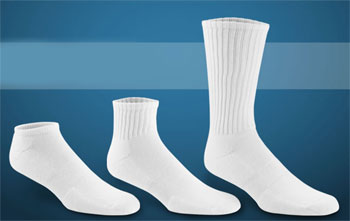 The 2019 Pro Cycling Season has well and truly started with the running of the “Tour Down Under” from Adelaide in South Australia.

It will continue throughout the year ending sometime at the end of October, usually with the “Presidential Tour of Turkey”.

Every year most of the Pro Teams change their name as old sponsors leave and new sponsors come on-board. Star riders leave one team and turn up at another Team.

The contract life of a rider is only a few short years. Like everyone who sells their talent, if you are not winning, you do not get the big contracts.

What will happen with Team Sky this year? 2019 is the last season that Sky is willing to sponsor the Team. There has been a lot of speculation, but up to the time of writing, (mid Jan), there has been no new sponsorship deal announced.

A number of the well-known World Tour teams will have new names such as:

Quick-Step Floors will now be known as Deceunink-Quick-Step

LottoNL-Jumbo will be known as Team Jumbo-Visma

And a huge loss to the team roster:

The Ins & Outs of all the rider changes would fill a couple of sides of A4, so a few of the highlights.

Richie Porte is leaving BMC (Now CCC) for Trek-Segafredo and his team-mate Rohan Dennis is off to Bahrain-Merida. And with Nicolas Roche also leaving BMC for Sunweb, the team is sadly depleted of any GC contenders.

Only one major signing for Team Sky – Ben Swift joins from UAE-Team Emirates. It was rumoured that Geraint Thomas was leaving Team Sky – but has extended his contract for, at least, another season.

Simon Gerrans and Jeremy Roy have both retired – they will be missed from the peloton.

It is like a merry-go-round as riders come and go.

It is good to see that the UCI (Union Cycliste Internationale), the Pro Cycling governing body, is concentrating on the important things in the sport and is reintroducing the rule on Sock Height that is allowed to be worn by the riders.

Under new rules, which came into force on 1st Jan 2019, riders’ socks must not reach beyond the halfway point between the ankle and the knee.

Needless to say, the riders and team managements were not overly impressed with this emphasis on the sartorial aspect of the riders.

What about doping? What about team governance? They cried… Answer there came none!

It is going to be a great season, and the bets are on to see who is going to the first to be disqualified for wearing long socks.