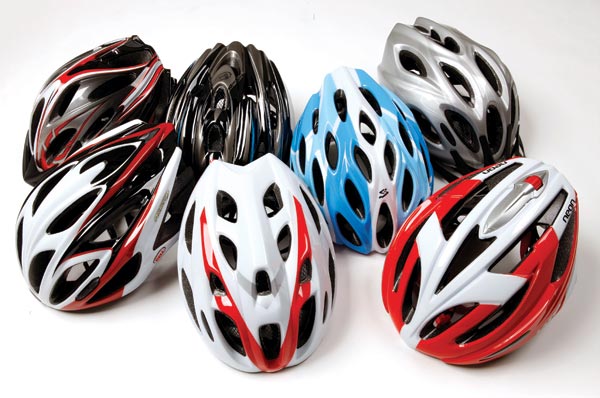 Should the wearing of helmets be compulsory for cyclists…?

The debate rages on, many newspaper column inches are written, pundits give their reasoned arguments and ‘experts’ mostly say it would be a ‘good thing’.

And that is a question that has been foremost in many people’s minds recently.

If you fall off your bike, there is no doubt that wearing a helmet may reduce the damage you may cause to your head.

However, the compulsory wearing of helmets is a sideshow to the real question – “How can we make cycling safer”?

Many countries around the world have mandatory helmet laws; including Australia, Canada, Finland, Sweden and many States of the US.

However, two countries, Denmark & the Netherlands, have the best cycling safety records – and very few cyclists wear helmets, neither is it compulsory.

The Dutch have less than a third of the cycling fatalities than the Australians. So what makes the difference?

Their bicycle safety record is generally attributed to public awareness and understanding of cyclists, safety in numbers, education, and cycling infrastructure. With better roads and segregated pathways for cyclists, taking them out of the general traffic.

In 2004, a Bill proposing to make the wearing of bicycle helmets compulsory came before the UK Parliament, and was defeated.

In New Zealand, a government policy review stated: “There is evidence that mandatory cycle helmet wearing legislation is not working as intended and should be reviewed. Priority needs to be given to other safety issues such as motorist behaviour and road improvements.”

In other words, the argument needs to move from the actions of the cyclists, (wearing a helmet) to the wider issue of the state of the roads themselves and the conduct of motorists.

In March 2013, the Guardian Newspaper reported from the Transport & Health Study Group that helmet compulsion “should be challenged. It is sending out the wrong message about cycling being dangerous. It’s as pernicious as saying smoking is safe.“

Cycling Groups and advocates of the sport / leisure pastime, complain that the focus on helmets diverts attention from other issues, which are much more important for improving bicycle safety, such as road danger reduction, training, road craft, and bicycle maintenance.

With more and more cyclists on the roads, and especially commuting in the cities, local authorities are acknowledging that cyclists need to be catered for, with specific cycle lanes and ‘quiet ways’.

Personally, I wear a helmet, every time I take a bike ride, whether it is having a short ride to the shops or the library, or a couple of hours out ‘for a ride’.

Having sustained that ‘fell off the bike’ accident, I personally know the damage, not wearing a helmet could have done to my brain.

I would advise anyone to wear a helmet, but it is very much personal choice, and we have too little of that as it is!