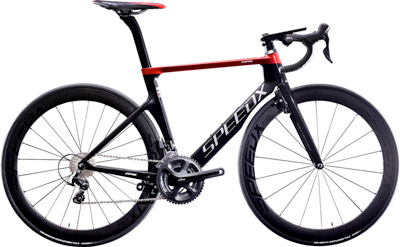 This short article was first written in May 2016 about the Crowdfunding platform Kickstarter and was written as the Admin of the SpeedX Riders Facebook Group.

While we are in a period of waiting, I thought a few ‘truths’ might be useful… this are my personal take on where we are….

1          This notice is posted on Kickstarter:  Kickstarter is not a store. It’s a way to bring creative projects to life.

We have all backed / pledged money to a company to bring a product to market. We have not ‘bought a bike’.

Therefore, continually asking for modifications will not be responded to.

2          There are two universal truths about bring a new product / service to market:

It will be shipped – that is sent from the factory. SpeedX have stated that they will ship in July – that could be 31st July – if so they have still kept to the campaign details.

All bikes will be shipped by sea – the nearer you are to Taiwan – the quicker you will receive your bike.

Shipping to the UK is 4 to 8 weeks…. Add on a couple of weeks for Customs; import duty and VAT to be calculated and paid… and we are looking at up to 12 weeks…

4          SpeedX have contracted with Pledge Manager to handle the logistics of collecting all the details of each backer.

This will be with us shortly… we’ll need to give them size details, colour, the ‘rewards’ you want and any engraving required.

If you have all this information ready – you will save yourself some time in getting the information back to Pledge Manager.

5          We are all impatient to get riding our new bikes… but I believe that we are at the start of a brilliant brand and product.

Very few bikes were shipped in 2016 – the majority in early 2017, and they continued to ship bikes right up to the end and eventual bankruptcy of the company.